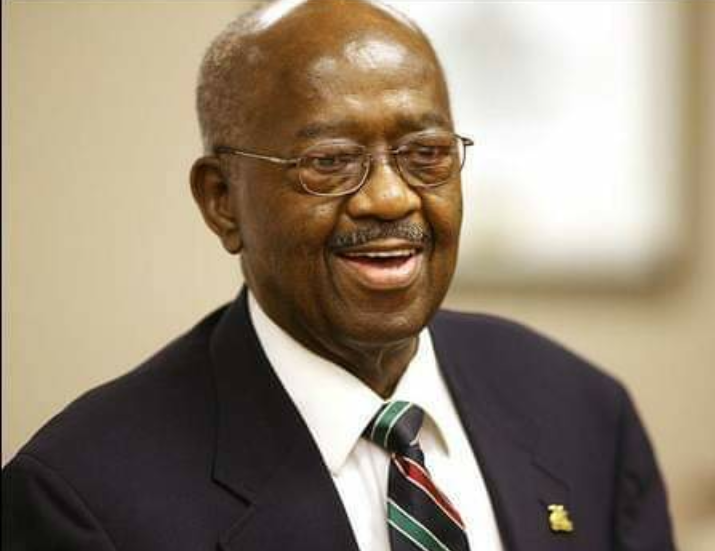 This special edition of Careers in Focus was compiled and written by Brian Trota.

November 22, 1963 is a date that marks the tragic day when the United States President John F. Kennedy was assassinated in Dallas, Texas. And for former secret service agent Abraham Bolden it’s a day that haunts him everyday. As Bolden noted in an open letter to President Donald Trump, “The horrible incident of our former President John F. Kennedy being assassinated…began the erosion of confidence in our governmental system and since that time America has been on a downward slide toward a system of government inimical to a democratic society.”

Bolden was born in East Louis, Illinois in 1935. He always proved to be a good student and worked hard. Bolden has always held to a saying his father used tell him: “Never beg another for something that you can acquire by minimizing your wants. Needs are few and can be satisfied through diligence sand hard work. Labor for your needs and let no man enslave you by begging him for that which is not necessary for your survival.” And that’s what continues to make Bolden such a positive force when he speaks publicly or when he shares his thoughts on social media.

In 1956 Bolden graduated from Lincoln University where he excelled academically and earned a degree in music composition. He also proved to be a gifted trumpeter however Bolden decided to go into law enforcement as the first African American detective employed by the Pinkerton National Detective Agency.

After a number of years at the PNDA he became a State Highway Patrolman in the State of Illinois. His career then changed forever with a chance encounter with John K. Kennedy–whom asked the career lawman to be part of his security detail. It was a chance-of-a-lifetime career-wise as Bolden became the first African-American to be part of the elite Secret Service staff. However this job was one that would prove to be one that would change the course of Bolden’s life forever. As the newly minted Secret Service agent reflected: “When we were in the helicopter on July 5th, 1961, coming from Hyannis Port, Massachusetts, I got a sense that [Kennedy] knew that he was vulnerable to assassination. He couldn’t help but notice the dysfunction of some of the agents surrounding him and yet he knew that there was nothing that could prevent his fate…”

Bolden at a book signing for his acclaimed autobiography.

And as Bolden grew into his role, he realized that the presidential security wasn’t getting any better. It all came to ahead on that fateful day of November 22, 1963 in Dallas when JFK was assassinated. Bolden notes in a Facebook post, “I have stated in my autobiography, lectures and writings that the agents of the secret service failed, miserably, to protect The President of the United States of America in Dallas on November 22, 1963. Of course, I include myself as among those who failed in the awesome obligation to protect our president.” He continues, “Although I discussed my opinion of the laxity of the agents and the fact that a few of the detailed agent’s held an intense dislike for President Kennedy due to his stand on civil rights issues.”

After that tragic event Bolden was making plans to share his first hand experience about the lax security to the case investigators. He had already discussed these matters before the President’s assassination to supervisors which they rarely acted upon. In retrospect Bolden should have been commended, he was instead ostracized and then blindsided by the allegations that he accepted a bribe which was never proven. He ended up spending over 3 years in jail. Bolden held to his beliefs and despite being released from jail his name has never been cleared.

One of the most important things that one discovers about Bolden is his resolve and his heightened understanding of the meaning of his life. He once responded to a university friend by the name of Warren Swindell about his life-long search for truth: “One cannot find ultimate truths through research and study alone. Ultimate truths must be derived through gnosis of Inspiration, Intuition, and Spiritual Insight. One finds Gnosis through dedication of his entire heart, mind, and soul to knowledge of God.” Bolden continues who is also a published poet. “The road to gnosis is difficult. One must pay the sacrifice of disconnecting one’s self from the world and the dependence upon the word of man for what is True.”

After his release from jail Bolden worked as a successful quality control administrator for various companies in Chicago over a span of 35 years until he retired. The Echo from Dealey Plaza by Abraham Bolden published in 2008

Since then Bolden continues writing and connecting with the public about his life-changing experience. He wrote an acclaimed book in 2008 called The Echo from Dealey Plaza–which further detailed his arduous trial and tribulations after the assassination of JFK.

As noted in an article by Thom Hartmann and Lamar Waldron entitled Dear Mr. Pesident it’s time obey law release JFK secret service records and end others: “In many ways, Abraham Bolden is the most tragic living victim of the needless government secrecy that still surrounds JFK’s assassination. For example, Bolden has two CIA files, but neither has ever been fully released to him or to the American public, and they were withheld from all of the government investigating committees…[Bolden has] paid a heavy price for trying to tell the truth about the Secret Service’s problems.”

It has been a tough journey, yet Bolden continues to garner followers to his cause. Over the years Bolden has accepted numerous awards for his pursuit of truth and justice including the 2008 Scottish Hugo’s Companion Tankard Award for Courage, the 2008 African American Arts Alliance Award for Excellence, and the 2008 Alpha Phi Alpha Award for Courage. Bolden also won and the 2015 Oakland Pen Award for non-fiction writings of Courage.

Now in his 80s, Bolden calls Chicago his home and continues to write. He also continues to reach out to the White House to help him clear his name. The most receptive has been President Donald Trump who has yet to make a decision.

In a November 2016 Facebook post Bolden sums up his journey in life fueled by a dedication to the truth:

“I set out early in life to find the Truth so that I could be of service in the cause of GOOD for All people. Like many of you, I wondered how I would know when I had succeeded in my efforts. After many years of prayer and meditation, in my final years I found the answer. It was not in the number of scriptures, prayers, or ideological religious practices that man can be assured that he has found Truth; but it is when one finds love in his/her heart for ALL of God’s creations; when he sees even the benefits and divine teachings that are learned from his own sufferings; when man’s heart is filled with LOVE even for those who look down upon him. Lo…I said to myself, I have found TRUTH for indeed God is LOVE and there is no wickedness in Him. Evil is but a sensory perception born of insufficient knowledge of the un-manifest and its relationship with what we experience in space/time existence. So now, we must labor to become the manifestation of LOVE and bring Life and Light into the world. That’s who we are and that is what we are obligated to reflect in our oratory, conduct and writings. That is the way to Peace and the road to a better America.”

Careers in Focus is a special article published every Friday spotlighing a talented professional and highlighting their career.

Learn more about Abraham Bolden and his search for Justice.

Main image courtesy of Abraham Bolden | 2008 visit to Florida A&M University / Additional images in this article are all used with kind permission by Abraham Bolden.

Brian Trota was born and raised in Toronto. He is a certified Career Coach with a specialization in network growth and job search planning. He's also a published author with a special interest in career development. He founded Your Dynamic Career in 2018 with the desire to help people find a better job and create better career paths. He is currently completing his first ebook. He is based in Brantford. You can contact him directly at: YourDynamicCareer@gmail.com View all posts by Brian Trota

1 comments on “From JFK’s Secret Service Agent to Acclaimed Author: Into Abraham Bolden’s Decades-long Search for Truth and Justice”